"...Mining everything from Swiz and Three to Sawhorse and Reason to Believe, the band takes thumbtacks and string to map a sound that is truly cross-country, holistic, and full; Revolution Summer never ended, nor did Ebullition Records ever slow down. Vocalist Fern Hernandez evokes a similar unity in the lyrics; he constellates North Americans together not by their commonality of experience or citizenship, but the bonds found in a shared humanity. The band brings to the fore intergenerational inequality, the legacy of colonization, and trauma, borders, violence, instability, struggle. But unlike the mass of today’s art, Marrón does more than beg you to act: they understand why it’s hard to, and they sympathize when you feel like you can’t, when you feel like there’s no point, when you feel like you can’t “care” the nation-state out of its daily dehumanizations. Terrenos is, after all, more about consciousness than commands; less a political programme than an exploration of how this world works, what it’s like to live in it, and what the next one—the better one—might look like"
~Dan Darrah
Taken from Maximum Rock N Roll #427

Discography:
self released demo
Rut 12" e.p. on Take It Back, Ethospine, Ape Must Not Kill Ape
Terrenos LP on Verdugo DIscos
v/a Behind This Wall Compilation on Extinction Burst 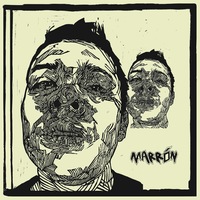 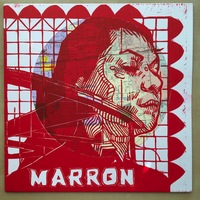 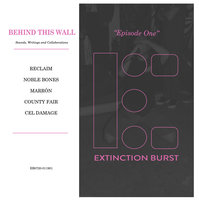 Behind This Wall 7" compilation